Today we had the first outdoors tea-break of the year, at least so far as I can remember! But though it was sunny and warm, it's still not warm enough for most plants to go outside. And although the cabbage family are a hardy tribe, they need protection against some of the wildlife inhabitants of the allotment which want to eat them before us. So a range of structures are appearing around Dig In... 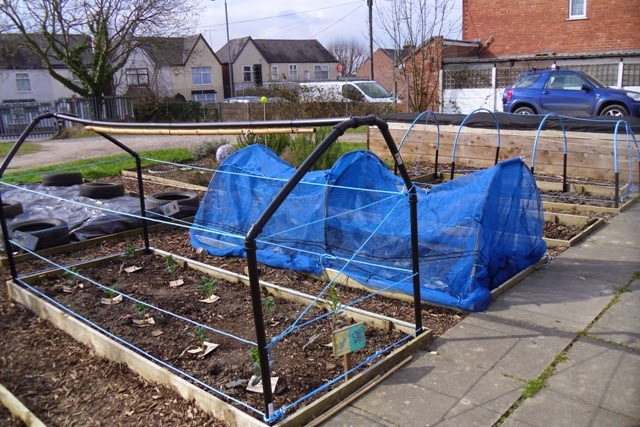 One of our regular volunteers has been inventing the perfect cabbage 'cage'. Rather than pop down the garden centre, he's been to the plumber's merchants and scaffolding suppliers. We're not so worried about the butterflies and pigeons yet so it's OK that there's no mesh over whilst the frames get finished off. 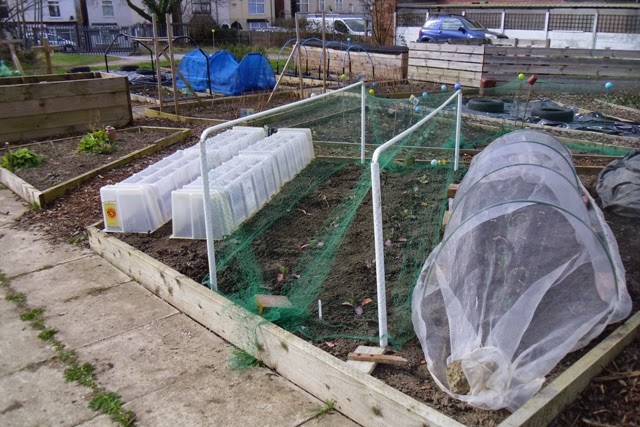 Plastic cloches - useful while it's still cold. On the other side is an enviromesh tunnel - it'll keep out the cabbage butterflies too. In the middle - bit of an old gazebo! 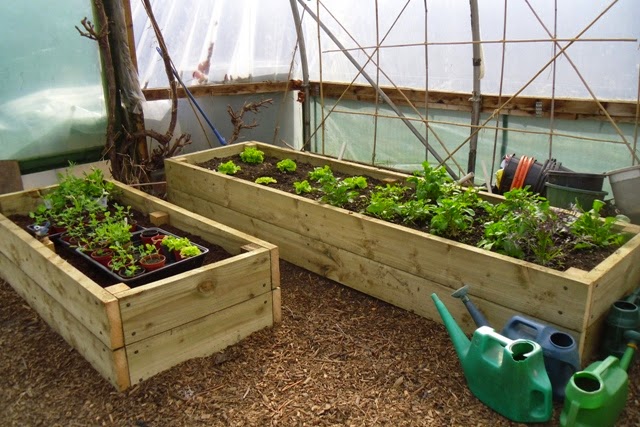 Our polytunnel is under cover too, of course, and we're very pleased with the overwintering salad crops. And of course it's great for when it's not sunny enough to sit outside to compare the merits of custard creams and jammy dodgers!