Here are a few pics from this year's Harvest Event.
Many thanks to all the people who came to this event even though it was raining for much of the day.  DigIn really appreciates your support.
Thanks to Asda for supporting us, especially Jon on the day.
Thanks too to the volunteers who contributed so much to make the whole day possible - we couldn't do it without you.

The comments we had from our visitors on the day were very encouraging - it sounds like you all enjoyed it! 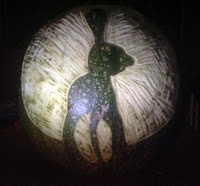 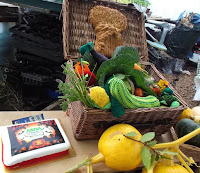 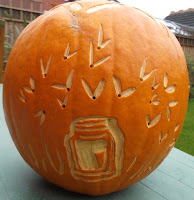 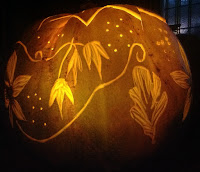 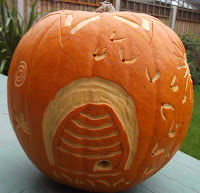 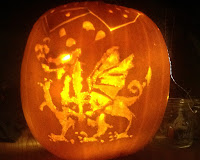 We had a phenomenal team from Intu at Dig In today.  About 30 took part and really threw themselves into the tasks we had planned for them.  Thanks to Alan from RCAN for arranging it for us.  We have many tasks that never seem to get done as we are so busy with plants (and weeds) in the growing season.  The task list seems to get longer each year (which is why we can always do with an extra pair of hands - you don't have to be a gardener, just able to do a bit of DIY!).  The Intu team made new raised beds, dug out an area next to the Polytunnel to flatten it out and then laid weed suppressant fabric & woodchip on top - looks really smart now! 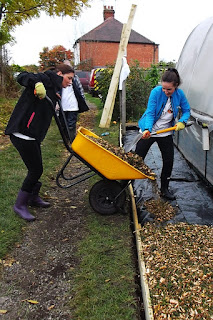 Many of the paths were weeded & topped up with woodchip, a new sail shade put up - it's waterproof too, might come in handy tomorrow at the Harvest Event!

The tyre wall was removed, weeded, then put back in place with rubble & gravel inside and looks so much better! 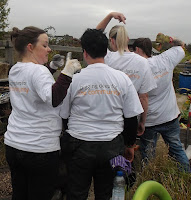 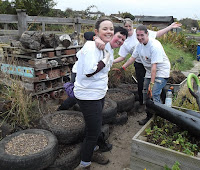 Some of the sheds and the gazebo have had a new coat of preservative and lots of other jobs were tackled.

One of the team left us with a pumpkin carved with the Intu logo which looks very smart.
Massive thanks to all of the Intu team, Alan, and not forgetting Jill, Dig In volunteer /PulpFriction who made soup and bread for the day and the other DigIn volunteers who pitched in to help. 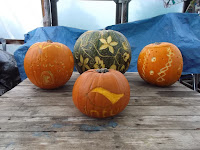 HARVEST DAY - Coming to an allotment near you!

Yes, this Saturday 24th October 11am-3pm its the Dig In annual Harvest Event!  Don't worry about what the weather's doing, there'll be plenty going on at Dig In and we have the polytunnel and various gazebos/tents to shelter under if its slightly damp.  Us Hardy Perennials at Dig In will be there regardless of the weather.  Pumpkin soup and freshly pressed apple juice will be just two of the tempting things on offer, plus, of course, pumpkin carving and lots more besides!

Come along and support your local Community Allotment.
Hope to see you there...

The time has come to harvest the pumpkins before the frost gets them.  Today, we released Big Max from its plant along with other almost as large pumpkins.  Here are some pics.  They were so heavy it took two of us to lift them into the wheelbarrow!
They should be on display at our Harvest Event on Saturday 24th Oct, 11 - 3pm.  Come along and see them for yourself. 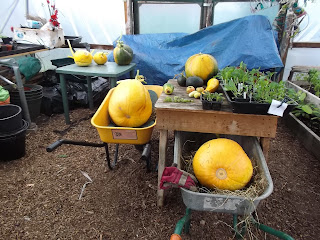 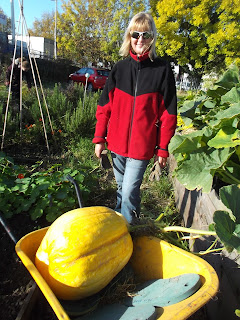 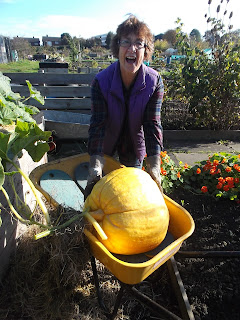