Thursday saw Dig In turned into a hive of industry as 10 willing volunteers from Capital One came along to help us sort out the sensory beds by the polytunnel. Those of you who've helped us weed those beds will know that they had lots of couch grass and bindweed, along with plenty of other noxious weeds, and that these weeds had got in amongst the shrubs in the bed.

The volunteers took to the task with good humour despite the frequent bouts of rain. The solution was to dig everything up, dig out the roots and basically keep forking the soil over until no more new roots appeared. The team then helped us to plant up with a lovely range of new plants to add to those already in the beds, which they donated as part of their support. Some of the group also helped to weed the paths, so everything is looking wonderfully tidy now.

I'm sure you'll agree that the beds now look great. If you see anything that looks like a weed poking through in the next few months, please feel free to take it out! 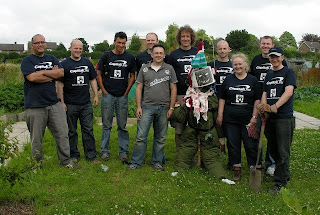 The team with a new recruit. 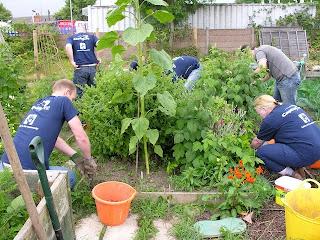 Making a start - one of the beds seemed to have turned into another raspberry patch! 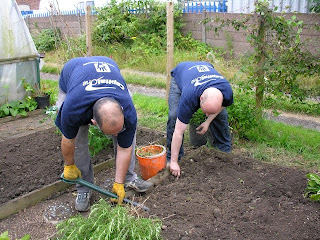 Ready for the third digging over... 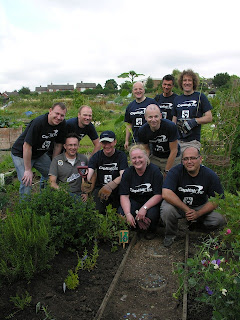 A job well done. Thanks again to the Capital One team.