I thought I'd start things off with a flavour of what we've been getting up to at Dig In recently.


2009 was a great year, with some excellent events and lots of activity sessions at the allotment.


As usual, the AAH Veg group that meets on Wednesday mornings at the allotment did a great job and managed to grow some very interesting and delicious crops, including almost completely filling the polytunnel with vines of a stupendously prolific squash. They've also brought their cooking to the allotment this year, so we had some feasts like this one. 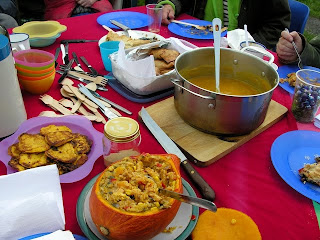 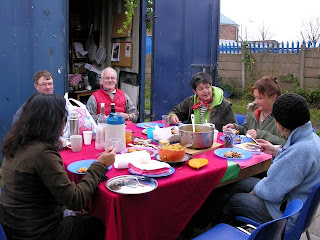 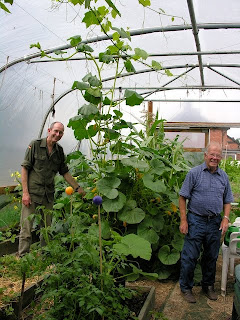 Here's the vine when it was still a baby, before it took over!
The Thursday Group - which meets in the afternoons, also managed quite a few nice crops, including a great pumpkin crop (handy, since we were having a Pumpkin Festival!). 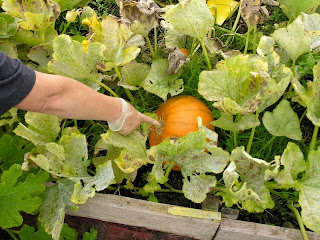 We got very excited when we found our first pumpkin!
But soon we had loads - and the picture by the car doesn't show any of the larger ones. 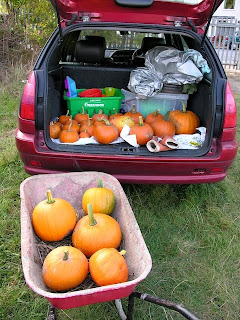