We had some excellent events last year.


The first one was our Willow Obelisk Weaving Workshop (hard to say, but fun to do!).


Then we had a Scarecrow Festival, with Scarecrows made by Albany Junior School, the 5th Stapleford Cubs and a few by Dig In members. Here are a few of the best ones - you'll guess that the theme was "The Sea"... 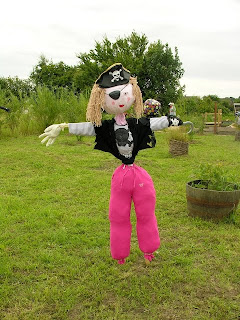 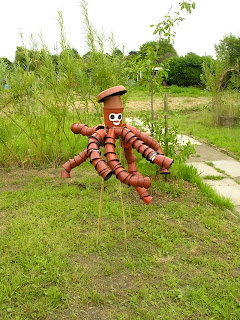 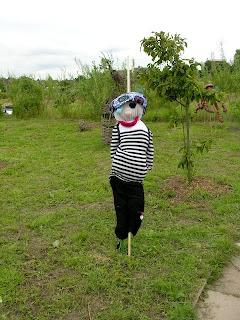 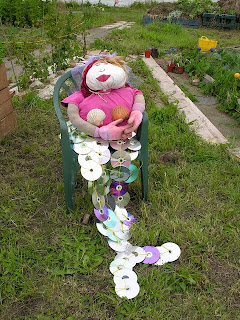 Next came our Apple Day, which was pretty busy, and meant that local folk got to taste over 20 different varieties of apple, taste various apple recipes, try their hand at making and drinking apple juice, play games and do crafts with apples and even meet our very own Apple Superheros! 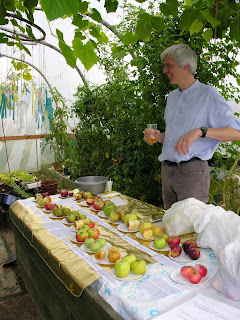 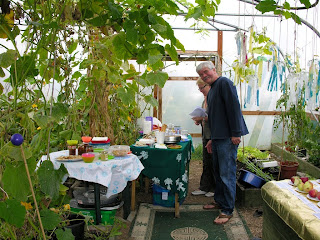 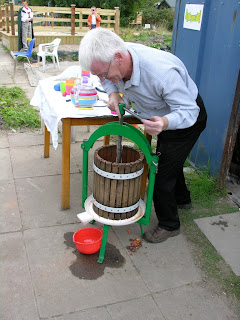 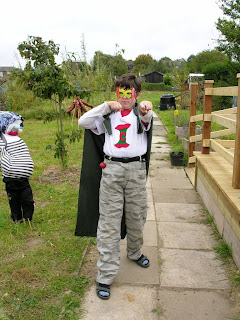 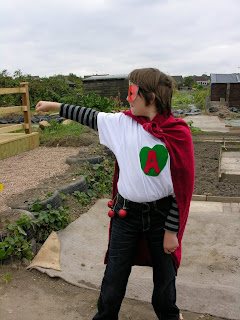 Last, but definitely not least, we had our Pumpkin Festival. This took loads of work, but it was definitely worth it. We had help from the local Transition Group, as well as Dave - the Pumpkin Poet, and Francis - a pumpkin story-teller with many hats! We ran pumpkin carving workshops, pumpkin games, lots of food-tastings, a largest pumpkin competition, a best-carved pumpkin competition and even a pumpkin spa where pumpkin-cremes were used to give the clients younger-looking skin. 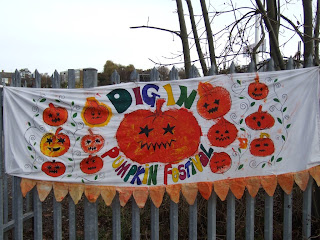 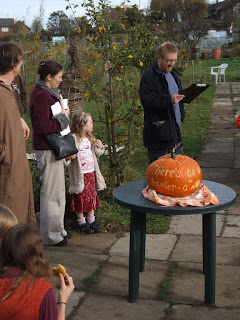 Our pumpkin poet starts off proceedings with a specially commissioned poem. 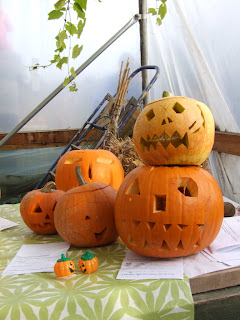 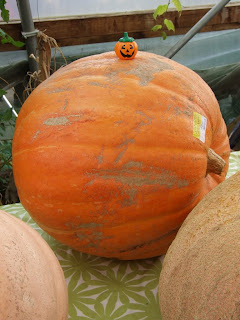 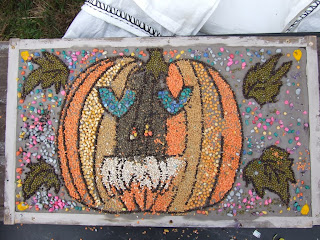 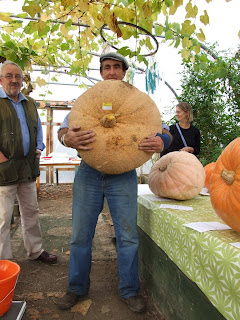 The largest pumpkin on the day.